Thanks for being part of the RDO community!

The RDO community is proud to announce the release of RDO packages for OpenStack Ocata. Following just a few hours after the upstream release of Ocata, RDO's packages passed CI, and were delivered to our RPM repositories around the Internet.

Javier Pena did a great writeup of the release on the RDO blog, including details of what is new in Ocata, and where to try out the new RDO packages. You can read that here. We recommend using the TripleO Quickstart to get started trying out Ocata.

For those who want to dig deeper into what goes on behind the scenes during an RDO release, Haïkel Guémar did a writeup of exactly that in the RDO blog. He covered the release process, as well as reflections on how it went this time, and what we hope to improve on the next time. If you'd like to be more involved in RDO, this is the perfect place to start.

Two weeks ago in Atlanta, OpenStack held the first PTG - the Project Teams Gathering. This is an outgrowth of the developers summit that, until now, was held at OpenStack Summit. It's been split off into its own event, so that the project teams can focus entirely on this one task, without the distration of the larger event, customer meetings, and so on. Each team had a dedicated room where they discussed what needs to get done in the next release, code-named Pike, and how they're going to get there. They also had cross-project meetings to discuss the places where projects need to interact with one another, where they overlap, and where they need to agree on common pieces.

During the event, I was on-site conducting engineer interviews. I talked with 23 OpenStack engineers about what they worked on in Ocata, and what's coming in Pike. Some of these interviews can already be seen on the RDO YouTube channel, in the PTG playlist and more will be posted in the coming days as I work through editing them. You'll also see this content on the RDO blog once I get them transcribed over the coming weeks. So subscribe to the RDO channel to see those as soon as they become available.

These videos are a great insight both into what's new in Ocata, but also into the passion that drives the RDO community. It was really cool to be able to speak with all of these brilliant people, and share their excitement about the next chapter of OpenStack. 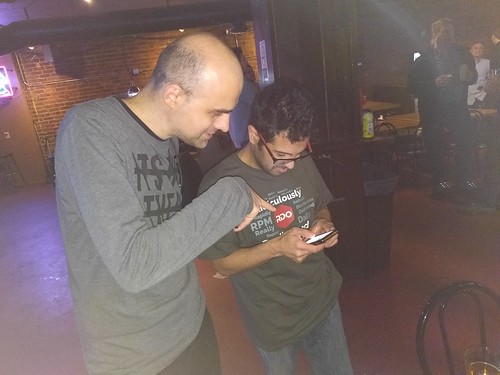 On Wednesday evening, RDO contributors gathered at the Side Bar in downtown Atlanta where we sent the release announcement, and celebrated another successful delivery of RDO. We hope that you will be there the next time we do this.

Last week in Pasadena, RDO was represented at SCALE - the Southern California Linux Expo - as part of the Red Hat booth there. SCALE follows in the tradition of old-school Linux conferences, with lots of teaching, lots of desktop apps, and lots of kids learning about Linux for the first time. But there was also a lot of space for infrastructure projects like OpenStack, OpenShift, Ceph, and so on. We had many great conversations with school kids who wanted to learn about the world of technology.

If you have an opportunity to attend SCALE in coming years, we recommend it. It's a fun event, with lots of great content for people at all levels of expertise.

There's several events on the horizon that you should be aware of.

Other RDO events, including the many OpenStack meetups around the world, are always listed on the RDO events page. If you have an RDO-related event, please feel free to add it by submitting a pull request on Github.

There's been some great blog posts in the last month. Here's a sampling:

I have been involved in 6 GA releases of RDO (From Juno to Ocata), and I wanted to share a glimpse of the preparation work. Since Juno, our process has tremendously evolved: we refocused RDO on EL7, joined the CentOS Cloud SIG, moved to Software Factory.

During the newton/ocata development cycles, TripleO made changes to the architecture so we make use of Mistral (the OpenStack workflow API project) to drive workflows required to deploy your OpenStack cloud.

For the second part of the PTG (vertical projects), I mainly stayed in the TripleO room, moving around a couple of times to attend cross-project sessions related to i18n.

This is a brief recipe about how to manually install TripleO Quickstart in a remote 32GB RAM box and not dying trying it.

The RDO community is pleased to announce the general availability of the RDO build for OpenStack Ocata for RPM-based distributions, CentOS Linux 7 and Red Hat Enterprise Linux. RDO is suitable for building private, public, and hybrid clouds. Ocata is the 15th release from the OpenStack project, which is the work of more than 2500 contributors from around the world (source).

As always, you can catch up with great OpenStack blog posts on Planet OpenStack.

Every Wednesday at 15:00 UTC, we have the weekly RDO community meeting on the #RDO channel on Freenode IRC. The agenda for this meeting is posted each week in a public etherpad and the minutes from the meeting are posted on the RDO website. If there's something you'd like to see happen in RDO - a package that is missing, a tool that you'd like to see included, or a change in how things are governed - this is the best time and place to help make that happen.

There's lots of ways to stay in in touch with what's going on in the RDO community. The best ways are …

Thanks again for being part of the RDO community!